Where's Wanda? is the twenty-eighth episode of Season 3.

A room full of suspects! A loud "Bang!" A power outage! And then, when the lights come back on... Wanda's GONE! In a tip of the hat to Film Noir classics, Timmy wishes he was a hard boiled detective to track down his missing Fairy Godparent and discover "Where's Wanda!"

The episode begins in black-and-white, with Timmy dressed in a trench coat and fedora like a private investigator. He points accusingly at someone who is shrouded in darkness, saying that he/she is the one who took Wanda.

The episode then flashbacks to the beginning of the day, with Timmy narrating the events (somewhat untruthfully). Cosmo and Wanda are cleaning the fish bowl, when Timmy runs in saying that he was totally unprepared (despite what he narrated) for a parent-student night at school. The theme is "Classic Movies" and Timmy wishes for something to help him, but Cosmo and Wanda dismissively wish him a box of popcorn. They seem to be in a hurry to get somewhere. Cosmo spills the beans to Timmy when he saws that he and Wanda need to attend a "Fairy Probation Hearing", and if they mess up again then Jorgen von Strangle will give them "Level Thirteen Probation". Timmy wants Cosmo and Wanda to come and help him with the movie, he tries giving them puppy dog eyes to get them to help him, but Wanda says to Timmy "That's not going to work."

Cosmo and Wanda are floating around in their fishbowl with shark fins tied around them. Wanda is saying to herself "I can't believe it worked!". Timmy's exhibit is about the movie Jaws. Principal Waxelplax welcomes the students to Parent-Student movie night, and then looks over the student's exhibits. Trixie Tang and her father did Casablanca, A.J. and his father did Frankenstein, and Francis is pounding a large fish with boxing gloves while his father looks on for a movie called "Rocky XII", a parody of the long series of Rocky Balboa movies. The Principal reaches Timmy last, and says that his exhibit is so lame that he could not have possibly had help from his parents, and therefore he wins first prize. Timmy celebrates while Trixie, Francis, and A.J. protest in shock and anger, but the celebration is short lived as the lights go out briefly, and when they turn back on, one of Timmy's goldfish (Wanda) is missing.

Timmy looks over the culprits, Francis his bully, A.J. his jealous best friend, "not him" (when looking at his Dad), and Trixie the love of his life. Timmy yells "NOBODY MOVE!" but they all nonchalantly walk out of the gymnasium much to Timmy's annoyance. Since Cosmo is of little help, Timmy will have to solve this mystery himself. He wishes himself into a hard-boiled private eye, like one of the characters on a nearby movie poster, and everything in the episode appears in a black-and-white color scheme, in noir style. Timmy appears in a trench coat and fedora hat, resembling a stereotypical private investigator. As Timmy walks off to question the potential suspects, a similarly dressed adult is revealed to be following Timmy.

At the public gym, Francis is beating on a punching bag with Timmy's likeness painted on it. Francis denies that he stole the goldfish and punches the bag so hard that it falls down and crushes Timmy. Timmy notes that Francis was clearly not lying about it. Cosmo says "That smarts.", giving Timmy an idea on who the next culprit might be... A.J., meanwhile the strange man is still stalking Timmy. At A.J.'s house, Timmy accuses A.J. of taking the fish out of jealousy, but A.J. says that if he did actually did that then his sleeves would be wet. Timmy walks off, defeated by facts, while the Frankenstein display A.J. was working on comes to life and strangles him. Timmy is running out of time until the fairies' probation hearing, and he was as lost as "Cosmo at a smart guy convention". Cosmo says that was a secret smart guy convention, and that they are running out of time and should just go home. Cosmo seems somewhat jittery, even more so when he realizes that he is not wearing any pants which he remembers got him "Level Seven Probation" and that there was "no love on that level". Timmy thinks, "No love", and realizes he still has one more person to check. While he walks off, a pair of hands snatches at Timmy but narrowly misses him.

At the airport, Trixie is about to board an airplane. Timmy accuses her of stealing his fish, and hiding her love of him, but Trixie cannot hear him above the airplane propeller droning. Before Timmy could repeat what he said to Trixie, a crew member of the plane calls to the two kids that there are "No pets allowed" on the plane and Timmy concludes to himself that because of that rule, Trixie does not have Wanda either. As Timmy watches her fly off, Mr. Turner grabs him from behind (He was the one who had been stalking Timmy), he tries in vain to convince Timmy that he is a potential suspect and does bad things like "tearing the tags off mattresses", stealing cable, and jay-walking, but Timmy laughs at him saying that he is the most honest guy Timmy knows. Cosmo whispers to Timmy that they should go check out the pier, but there was nothing there, Cosmo is acting very strange. He wants to face Jorgen's probation hearing alone. That's when it hits Timmy "like a bunch of stuff". Timmy races back home, but accidentally smacks into the screen while racing back. Timmy apologizes about that before continuing back to his house.

It is now back to the scene from the beginning of the episode, Timmy is about to reveal who the suspect is. He flips the switch to his bedroom light, and the culprit is revealed to be Cosmo, who was afraid that he was going to do something stupid and cause Wanda to get level thirteen probation. Cosmo stated on the pier that he was going to go face Jorgen alone, but this contradicts on what he said much earlier about him hating being alone. Cosmo had sent Wanda to her favorite place, the world of chocolate (Chocolate City, Utah according to Wanda), and when he poofs her back she is covered in the chocolate she had been eating. Jorgen von Strangle appears for the probation hearing, and everything almost turns out okay until Jorgen sees that Wanda is chocolate covered, and a corner of the room is still black-and-white from Timmy's wish. Jorgen lets Cosmo off the hook, but gives Wanda "Level Fourteen Probation"... Summer school with Mama Cosma.

The episode concludes with Timmy once again in his trench coat with Cosmo and they have gone fishing. Timmy claims it was the beginning of a whole new relationship and Cosmo gladly agrees (at least until Wanda gets back and totally kills him). Then Timmy picks up something on his line and it turns out to be Mr. Turner once again persuading to be a suspect (even noting that he was swimming and there clearly is a no swimming sign visible). Timmy immediately drops Dad and he tells Timmy he is polluting while drowning and saying "I'm a bad man...!" as the episode ends. 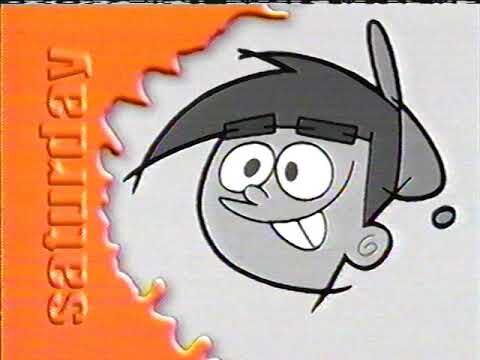 Retrieved from "https://fairlyoddparents.fandom.com/wiki/Where%27s_Wanda%3F?oldid=533599"
Community content is available under CC-BY-SA unless otherwise noted.