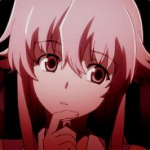 aka The Black Wizard™

PookaMustard
My wall • My blogs

Welcome to my profile. I am PookaMustard, a bureaucrat of this wiki. I'm responsible for some wiki-wide changes, and also responsible for uploading some image galleries.

My hobbies include using computers and developing simple applications or scripts, playing games, reading and writing.

As of recent, my interests are shifting and moving from a franchise to another, such as the Touhou Project. Suffice to say, I've been a fan of the Fairly OddParents since 2007 when the series first aired on local TV (with a beyond decent dub to boot), and my love for the show has only been strengthened ever since.

If you want to be an administrator of this wiki, request the position on this page, where all current bureaucrats will decide whether you're fit or not.

Retrieved from "https://fairlyoddparents.fandom.com/wiki/User:PookaMustard?oldid=522319"
Community content is available under CC-BY-SA unless otherwise noted.