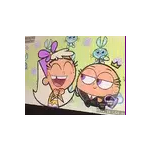 Hello, I'm Fopsb161819, and I joined this wiki mainly to build up new episode pages, as well as to chat with you guys about how a cartoon that used to be so clever, funny, interesting, and magical, is now in an ugly cycle of failure.

My History With the Show

I've been watching The Fairly OddParents for as long as I remember, but didn't become a true follower of it until late 2012. In my opinion, the first 5 seasons were legendary. Seasons 6 and 7 were OK, and the addition of Poof didn't really bother me, unlike many other fans. I personally do not consider Season 8 an actual season, rather a collection of movies and specials that ranged from lukewarm to terrible.

The hot topic here starts with the show's infamous 9th season, which was so UNBELIEVABLY atrocious, that I actually stopped caring about the show entirely for almost a year due to it. After I heard somewhere that FOP was SOMEHOW (not sure if I want to know how) given a 10th season, I decided it would be a great time to try and get back into the series.

I saw The Big Fairy Share Scare back when it premiered, and if you want to know my thoughts on that episode, PIEGUYRULZ'S review for it on Youtube pretty much says it all. Out of the 5 11-minute episodes that aired afterwards, I only saw Mayor May Not, and The Fair Bears, the other three I avoided with all of my might (the old character cameos in Birthday Battle did interest me, though all it takes is a look on the episode's image page on this wiki to fulfill that).

So my thoughts on Chloe: My first impression of her was "No. Just... no", and judging by the many comments I've read, and the few episodes I've seen, it looks like she is just another "Little Miss Perfect" character with no development and justification. Her addition was just another lazy excuse to write Tootie off the show.

Now my thoughts on Poof and Sparky's absences: I'm actually thrilled to see Sparky's permanent removal, because he was honestly the most annoying, unfunny, uninteresting, unnecessary, out-of-place character I have EVER seen in a cartoon. The fact that he suddenly disappeared from the show with out any in-universe explanation doesn't bother me one bit, considering how his introduction and all of his other roles on the show made just as much, if not, less sense.

Poof's absence, however, did put me in a daze, until I learned that it will be explained in an upcoming episode. Unfortunately, that episode is VERY late in the season, and by late I mean one of the last episodes. But remember that TERRIBLE decision Nick made by airing School of Crock before most of the season 9 episodes (including the live-action movie), resulting in Poof changing back and forth from "Non-Talking Poof"-"Talking Poof"-"No Poof" (airing order-wise, of course) like ten different times? I have a feeling that's going to happen again with this new season (except for the live-action part, God forbid that).

Main character disappearances, unnecessary character introductions, and bad management by Nick are the least of the show's current problems, in my opinion. The biggest problem I see is that ever since Sparky's addition to the show, almost the entire cast has been SEVERELY downgraded to little or no appearances (I admit this has been happening since Season 6, but not to this extent). The entire show is now run by Timmy, Chloe, their fairies, Mr. and Mrs. Turner, Mr. Crocker, and more recently, his "oooh sooo interesting" (sarcasm) mother. There is a select number of side characters (Foop, Vicky, Catman (err, I mean "Not-Catman"), Jorgen, Dark Laser, and Mark Chang) who are occasionally featured, but almost EVERY time they get their own episode, Crocker and/or Timmy's dad butt in and ruin it beyond redemption.

So yeah, it's really sad to see a show that used to be so great get so terrible. I really wonder how it keeps getting renewed when Nick NEVER airs/promotes it, and let's not forget the HUGE plummet of ratings ever since Sparky was introduced. The only possible way this atrocity can end at this point is if Nick gets their act together and cancels the show, because I just do not see it improving at all.

Retrieved from "https://fairlyoddparents.fandom.com/wiki/User:Fopsb161819?oldid=443082"
Community content is available under CC-BY-SA unless otherwise noted.