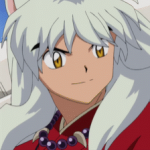 Hello <insert name here>! I hope you feel comfy here. This has a little info about me.

One thing about me is that I can rebound at any time. Many may reconize me from various places once you see me post. I tend to be random, a feather brain when I go joking around, very very very resourceful, a hothead when thing go wrong or when I want to to blame myself for everything, and a fan of a bunch of stuff from the cartoon series (cartoon only) Avatar Last airbender/Legend of Korra, MLP, Pound Puppies, Wizards of Waverly Place, Alvin and the Chipmunks 1-3, Suite Life, Good Luck Charlie, A.N.T. Farm, Sailor Moon, Shake it Up, World's Dummest...(I love the ones where they make fun of criminals that mess up big time), and Jeff Dunham. I am a fan of DP, Naruto, FOP, and Code Lyoko.

Don't mess with me or threaten me excessively. I am sensitive (due to Autism and ADHD). I can be stubborn as a mule or cheerful as Pinkie Pie. Just be nice to me and don't make me uncomfortable and we will be alright. I am also an amateur at making animated pictures. I am getting better though! ^.^

I am also a very talented artist. My current avvie is my own drawing of a character I made up for my Fanfictions.

Profiles for Characters I made up

Nymph wears a pink petal leotard with a pink skirt and slippers. Her wings are large, pink, glittery butterfly wings. She tends to wear her long golden brown hair in pigtails.

Nymph's species of Fairy is different from Cosmo and Wanda's. Nymph's species doesn't get assigned to children at all, they choose to help others. The type of Fairy that makes up Nymph's Fairy half has butterfly wings (except Dark Nymph) and instead of granting wishes, they cast spells through spell casting. The source of magic in Nymph's breed of Fairy is a spherical surreal orb of yellow flaring energy that rest asides in someone who is able to use magic. Magic that is given off in a spell is surreal flashes of multiple colors. The source however if let to it's own devices outside the host, will do whatever it wants ranging from flying around to changing reality. Of course younger the magic, the more unstable it is and it tends to be harder to control.

Of course because of Nymph's type of fairy, she isn't naturally tiny, immune to butterfly nets, doesn't get magical build up, or require belief to use magic. However her breed tends to be the ones hired for fairy tales though and the magic produced in the form of spells by Nymph's species is sometimes likely to fail against plastic directly. But because Nymph is a hero and a flippant kid, she is always exposing magic by saving people or being down right abusive/irresponsible with her magic.

The wands Nymph's species uses come in various shapes and sizes to match the spell caster's wants and/or needs. Nymph's wand is a pink glossy stick with a golden bottom and a lavender orb on top which glows when magic is being channeled there

Like Wanda's species of Fairy, Nymph's species is forced to stay hidden. Nymph's species was once seen through out the world but fled to a parallel yet independent world to avoid persecution by humans. Nymph is the first Half Fairy in several centuries and is the only one who doesn't follow the "stay hidden rule" and doesn't even care about it.

An autistic/ADHD girl that is very unpredictable. She is sarcastic, snarky, goofy, smart (AB average student), can be clumsy, strong willed, compassionate/kind, generous, always tries to be honest, can go over board, loyal, has empathy (she knows how someone really feels), has a tendency to use vulgar as taunts, will stick her nose into everything (even into places it doesn't belong), careless, hot headed, disruptive (will interrupt the class, blurt things out, randomly laughs at a funny thought), and naive, impatient, and ironically is wise.

She is known for sparing her enemies and giving them a second chance to correct themselves. She does not like it when someone betrays her or someone she knows and can start up a Curb Stomp Battle Ground and won't stop until she is tired out or gets over it. She is also known for going to extremes and sacrificing herself for others by taking the bullet instead and manages to survive each time. She also does things like eating ice cream at the worst of times.

Sabrina was always picked on and all of her former friends abandoned her when she was very little. Every time she tried to make a friend, it backfired. She has tried getting payback at those who harmed her chances of getting friends, and that too backfired.

She became a Half Fairy after being kidnapped and dragged to a laboratory in a sewer that smelled like a men's room. She was injected with Fairy DNA from a very very large needle and gained Fairy Powers slowly. She managed to escape and became a wander. She has hopped from one dimension to another to avoid being used as a weapon after being cloned by The Dark Weaver and to hopefully get some friends.

"I shall destroy you!"
"Your nothing, pathetic, and you call yourselves heroes?! You joined the villains for crying out loud! Can't you see they are trying to destroy the good guy? Heroes are blinder than a bat!"
"I control your shadow's every movement thus controlling you and removing your will power; making you my slaves!"
"Well, well, well, look's like Nymphy wanted to have a show down after all. You make me laugh you pathetic piece of trash! Your nothing and never will be! You have no one to help you! YOU SHALL DIE!"
"You guys were just tools. I never really needed you! You were only mere decoys for them to play with. Time to end your existence!"
"YOU SHALL NEVER EVER ESCAPE MY SHADOW DEMONS!"
"How quaint you actually think Nymph can save you? I maybe created from her but she's a weak little rat. She can't even scare a bully! She can't stand up for herself!
"Come out cowards! I want to see you die!"
"This is were I double cross and backstab you. Any last words before your ultimate demise?"

Dark Nymph wears a black petal leotard with a black skirt and slippers. Her wings are large, black, hole filled bat wings. She tends to wear her long black hair in pigtails.

Due to her having a Shadow Demon being part of her (her conscious), she has grown to love destroying hope, peace, and harmony. She is highly dangerous, even more than Dark Dan. If she normally torments her enemies til' they give into her lies and emotional manipulation then strikes. She never thinks twice before destroying things.

Dark Nymph came into existence when Sabrina was captured for the second time. She is her dark clone by force. A few short minutes of being in the world, she destroyed her creator and almost destroyed Sabrina. Thankfully, she was banished to the Nightmare Realm, where she waits for some idiot to free her or for her minions to completely devour the Nightmare Realm so she can get revenge and cause havoc and chaos on the world.

Retrieved from "https://fairlyoddparents.fandom.com/wiki/User:Derpyrebound?oldid=278504"
Community content is available under CC-BY-SA unless otherwise noted.