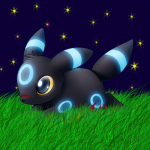 My wall • My blogs

I've been watching Fairly OddParents since it's first episode, then got all the Oh yeah! Cartoons. I don't care much for newer episodes, but there's nothing I can do about that.

I joined wikia many years ago, and first saw Fairly Oddparents wiki around that time. Coming back after so long, I'm very happy to see that this website has gone far. Back when I started here, character articles were puny and only about 30% of the episode articles were in existence.

Retrieved from "https://fairlyoddparents.fandom.com/wiki/User:Chidori1,000?oldid=334111"
Community content is available under CC-BY-SA unless otherwise noted.