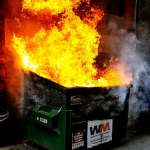 I'm just some guy who liked watching Fairly OddParents as a kid. This was easily one of my favorite shows growing up, though starting in Season 6, I more or less only watched the specials, and the last episode I remember watching was Anti-Poof. I chalk this up to my age and the hiatus moreso than production value though.

I began to start re-watching earlier episodes late in 2016 and was reminded why I used to like the show so much. I've (probably) watched every episode of the first 5 seasons at some point in my life and continue to re-watch them when I can. I've watched a bit of Season 6 and 7, but only one episode each of the three subsequent seasons.

Retrieved from "https://fairlyoddparents.fandom.com/wiki/User:CF12?oldid=452876"
Community content is available under CC-BY-SA unless otherwise noted.