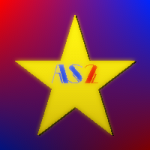 FOP Is an great series,and it should be awarded,Besides I liked the episode Fairly Odd Baby since it introduced Poof,Ive also seen for the first time Anti Cosmo and H.P on that episode.

One thing,i have found out that the anti fairies created pink eyes.

But im still asking myself this question: "Can Timmy Turner wish himself to return at normal after he absorbed the Abracadabrium after the events of Fairly Odd Summer?"

the Wish Coupon page reminded me of an Garfield Show episode where Odie found an bottle with an genie and Jon opened it plus that the Genie wished 1 million more wishes (which was one of Garfield's wishes if he had an genie).

Sparky's debut episode was awesome,But i never knew that Mr. Turner caused Timmy's pets to die while it was known that Timmy killed them,If there was an person who fed his chicken with omelette and gone with his snail to the salt factory then that person would be an IDIOT

Retrieved from "https://fairlyoddparents.fandom.com/wiki/User:AgentSonic2?oldid=355992"
Community content is available under CC-BY-SA unless otherwise noted.