The Super Children are the superhero alter ego's of the children at Dimmsdale Elementary School during The Big Superhero Wish!

The Super Children assemble to fight evil. Their "powers" usually reflect some aspect of their personality or physical appearance. For instance, Professor A.J.'s powers are his super intellect, reflecting the high intelligence of the normal A.J.. For Chester, his braces, which have already been shown to be able to do fantastic things, become Matter Muncher Lad's superpowers. Timmy's alter-ego Cleft is quite straightforward as Cleft is Timmy's main alter-ego since the early state of the show.

'Cleft the Boy Chin Wonder is the superhero alter-ego of Timmy. This is the alter ego that he becomes every time he wishes to be in the comic book universe of the Crimson Chin. Cleft is also the Crimson Chin's sidekick. He is a parody of DC Comics character Robin from Batman. He himself has sidekicks in the form of The Chin-Hounds, the Chincinnati alter egos of his three fairies.

His look is quite similar to that of Timmy with a few differences. He wears a red-colored costume with a letter-"C" emblem in addition to a yellow cape, gloves, boots, and utility belt (rarely used). He also wears a "utility cleft", a faux chin with various devices used to assist him. He also wears a black mask and a red version of Timmy's pink hat. His identity was set up to identify his alter-ego, Timmy Turner, more clearly.

Matter Muncher Lad is the alter-ego of Chester, created when Timmy wished that everyone had super powers. His powers include super teeth that are capable of eating through anything. Chester was turned into this superhero form when Timmy wished that everyone on Earth had superpowers in the episode "The Big Superhero Wish!". Chester's abilities in particular included supercharged braces that had drills on them, and the ability to tunnel through the ground. His thing is to shout "Munch" over and over (When he's eating, been blasted by F's or having his mind read).

He wears a black costume and a yellow lightning bolt on the front. His teeth can turn into drills and can (as stated above) eat through anything.

Professor A.J. is the superhero alter-ego of A.J. that was created when Timmy wished for everyone to have super powers.

His super power is intelligence, and he uses both his mind and his advanced hover chair to attack his enemies. He can also create a shield with his mind that can deflect attacks. His weaknesses are his soft head, and his powers being useless against dumb enemies.

The Bouncing Boil is the alter-ego of Elmer when Timmy wished that everyone has superpowers. His powers include bouncing with his boil, but he is always defeated by the Baby Shredder. His major weakness is getting his boil popped.

The Sonic Youth is the alter-ego of Sanjay when Timmy wishes that everyone has super powers. His powers include flying, super speed, and a sonic scream which is an offensive ability that can be used to attack enemies.

Wonder Gal is the superhero alter-ego of Trixie that was created when Timmy wished for everyone to have superpowers. She also has her sidekick Hawk Gal also known as Veronica, who's a second-rated superhero. Her abilities are described as having "super strength, super speed, and super popularity". She has a magical lasso she uses to tie up her enemies and bullet deflecting bracelets.

Hawk Gal is the alter-ego of Veronica that was created when Timmy wished that everyone had super powers. She ended up getting very lame powers, mainly the ability to fly very slowly. After Timmy Turner wished that everyone in the world had superpowers, his classmates at Dimmsdale Elementary School all became superheroes. Veronica became Hawk Gal, who had the ability to fly at speeds "between 20-30 miles per hour" (about the speed of a slow moving car) which, albeit pathetic, is faster than how the average human runs. When all the heroes change back to normal, she is still Hawk Hal but Chester notes “She wasn’t much of a hero anyway“. 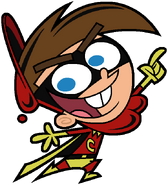 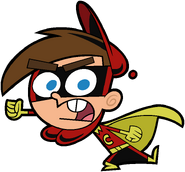 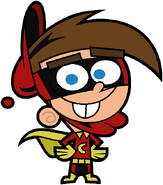 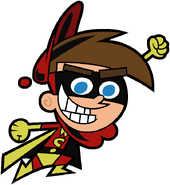 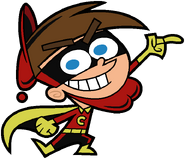 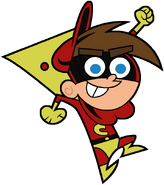 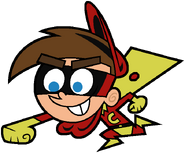 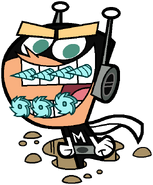 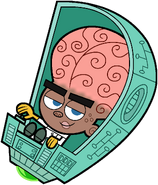