Poof Proof is a Fairly OddParents comic that was printed in the September 2008 issue of Nickelodeon Magazine.

Timmy Turner attempts to baby-proof the dangerous stuff in his room so that it does not harm his new godbrother, Poof. 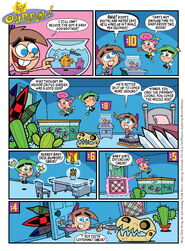 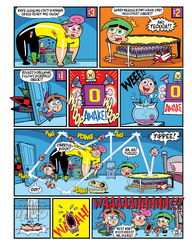 Retrieved from "https://fairlyoddparents.fandom.com/wiki/Poof_Proof?oldid=476411"
Community content is available under CC-BY-SA unless otherwise noted.