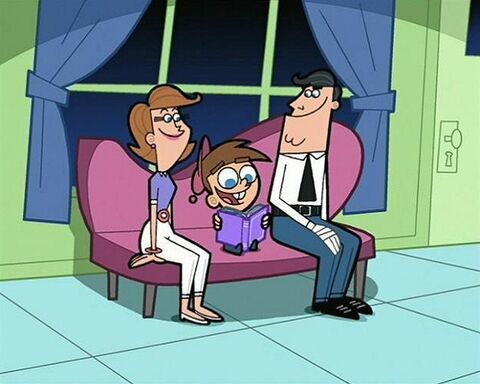 These comics were published in the now defunct Nickelodeon Magazine.

Comic books released in Mexico and Latin America, in Spanish, with stories featuring characters from "The Fairly OddParents" (Los Padrinos Mágicos in Spanish).

Comic books released monthly on Brazil, in Portuguese, from February 2007 to March 2010, with stories based on episodes of "The Fairly OddParents" (Os Padrinhos Mágicos in Portuguese).

Blast from the Past

Wish Upon a Mom

Pick a Dad, Any Dad!

Lemonade with a Twist

In a Tizzy over Turkey

For Love or Money

Too Cool for School

For Letter or Worse

How to Draw The Fairly OddParents