Timmy wishes to not eat he vegetables, but Cosmo made it so the vegetables would eat him and they take Cosmo and Wanda's wands. Soon Poof, who still had his rattle, poofed up ninja donuts and they defeat the vegetables. 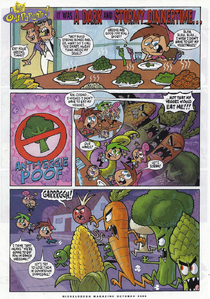 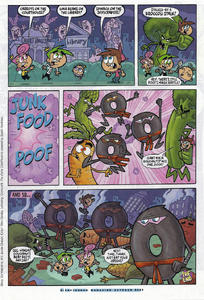 Page 2
Add a photo to this gallery
Retrieved from "https://fairlyoddparents.fandom.com/wiki/It_Was_A_Dark_and_Stormy_Dinner_Time?oldid=440048"
Community content is available under CC-BY-SA unless otherwise noted.