"Hello, *insert human's name here*, I am the all-powerful genie, Norm."
— Norm's introduction in Back to the Norm.

Genies are magical creatures just like fairies, but unlike fairies who can grant unlimited wishes, genies can only grant three wishes. They have an advantage over fairies however, as these wishes are rule free.

According to Wanda and Cosmo, genies are notoriously tricky and while they always grant their master the wish they want, these wishes tend to "bite you in the butt."[1] 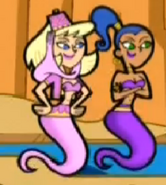 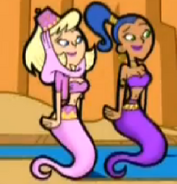 A shelf of genie lamps

Retrieved from "https://fairlyoddparents.fandom.com/wiki/Genies?oldid=529926"
Community content is available under CC-BY-SA unless otherwise noted.