Wands are the primary tools that every Fairy and Anti-Fairy needs to use the majority of their magic.

Fairy Wands are typically a golden star on top of a black stick. When being used they will generally glow yellow. They seem to vary in complexity, some episodes show them as rather simple tools, while others show them to have much more technologically advanced and/or having many latent capabilities.

All wand power (and all Fairy Magic) comes directly from The Big Wand, they are useless if the Big Wand loses power, as they require "1.21 wishowatts" of power to work.[1] Fairy Wands appear to hold magic of their own, as humans and other creatures can use them without fairies. In the Oh Yeah! Cartoons short, Where's the Wand?, it is stated that whoever holds a fairy wand has complete control over it, and has the power to grant their own wishes, plus the wishes of others. However humans appear to typically be unable to operate wands properly[2], likely due to not having much experience with magic[3]. If a fairy loses his/her wand, they will not be able to grant wishes or shape-shift, leaving them nearly defenseless.

Variations and Other Forms 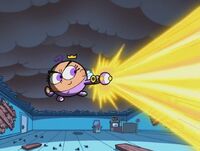 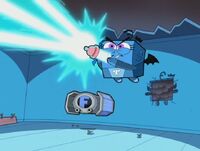 Retrieved from "https://fairlyoddparents.fandom.com/wiki/Fairy_Wands?oldid=512885"
Community content is available under CC-BY-SA unless otherwise noted.