Timmy Turner wants to help Elmer get a date so he wishes to be Elmer's fairy god--- and before he finishes the sentence, Cosmo grants the wish and makes him (now a her) Elmer's Fairy GodMOTHER. The wishes granted end in disaster; for example when Timeena (Timmy's new female fairy form) gives Elmer a hot car, it turns out that it's "hot" as in "stolen". Then, she tries to give Elmer some "cool" clothes which put Elmer in a suit made of ice. This last thing she does is try to get Elmer to "dance like crazy" which results in Elmer dancing in a strait jacket with his tongue hanging out. 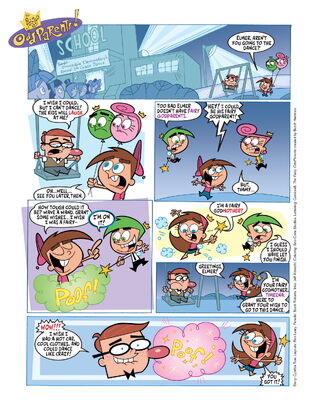 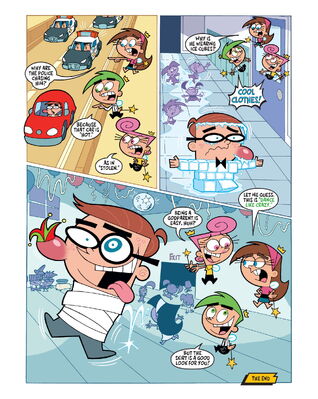 Retrieved from "https://fairlyoddparents.fandom.com/wiki/Elmerella?oldid=507647"
Community content is available under CC-BY-SA unless otherwise noted.